At the Beales, Lauren arrives looking for Steven and tells him she wants them to get back together but Steven tells her no. Carmel takes Bex, Martin, Sonia and Shakil for dinner and when alone, Sonia admits to Martin that she no longer loves Tina. As they talk, Sonia leans in for a kiss.

Elsewhere, Belinda sets her eyes on opening a Salon at Blades and after she reveals Neville has cutoff her credit card, Andy takes the opportunity to move out. Outside, Andy spins the story and begs Roxy for a place to stay after being supposedly kicked out. Roxy reluctantly agrees but things get off to a bad start leaving Andy with nowhere to live. Later on, Ronnie and Jack find Andy in the shower of one of the new flats. Vincent confronts Kim about her behaviour towards Donna leading her to share a harsh reality about his decision.​ 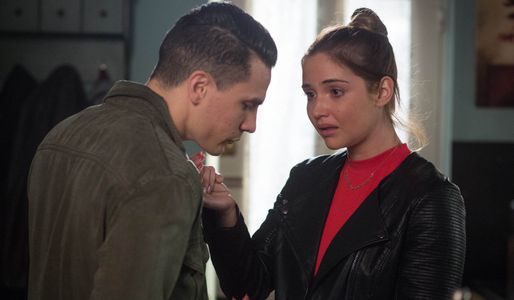