Linda and Mick decide it’s time to tell their children the truth about what happened but are taken aback when they arrive home to find the family waiting upstairs with a lunch to say goodbye to Sylvie before she goes into the care home. With Stan and Babe bickering, the lunch rapidly goes downhill and a stressed Nancy finally snaps and demands to know the truth about what’s going on with her parents. Linda decides it is time to tell her children the truth but how will they react?

Stan apologises to Cora for what happened at the dance but Cora’s response gives Stan an idea. Alone with Sylvie, Stan reminisces about the past and suggests they go to Bournemouth where they spent their honeymoon. When Sylvie agrees, Stan pulls out Babe’s car keys and the two head to the car.

Meanwhile, Shirley is determined to see Sylvie before she leaves and heads to The Vic with Dean but Stan tells them to stay away. As the day goes on, Shirley grows impatient and storms over to The Vic with Dean but as they arrive, Lee sees Dean and starts to attack him. As Mick struggles to get Lee off Dean, Babe notices Stan and Sylvie sneaking into her car. As she goes to stop them, Stan collapses.
​
Sharon updates Billy on the status of Phil’s case and tells him they need to sell Phil’s car to raise some money. Over at The Arches, Sharon is confused to see the name changed to ‘Branning’s Autos’ and Max standing in the doorway. After Ben reveals the truth, Sharon heads to Max and tries to sympathise with him – but will she succeed? 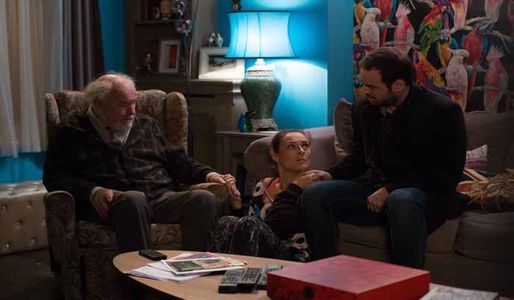