On his birthday, Kush spends the day with Arthur but the day takes a turn after an incident in the park involving Denise and Keegan. With Keegan threatening to call the police, Kush and Denise attempt to come to an agreement with him. After an awkward conversation, Kush is touched when Denise leaves a birthday present for him but is left stunned when the police arrive to talk to him.

Across the Square, a busy Billy is disappointed as the unveiling for Cokers and Son’s doesn’t go to plan but he is later given a pep talk from Pam. Michelle and Tom finally agree to go on a date together after meeting on the tube again – but is Tom all that he seems?

Elsewhere, Ian confronts Kathy and insists she get on board with the healthy eating but can he get through to her? Jack gives a hostile reception to a potential new nanny when she turns up early for her interview. However after proving her abilities with the kids, Jack offers her a trial. Abi attempts to apologise to Steven but she is quickly put in her place. 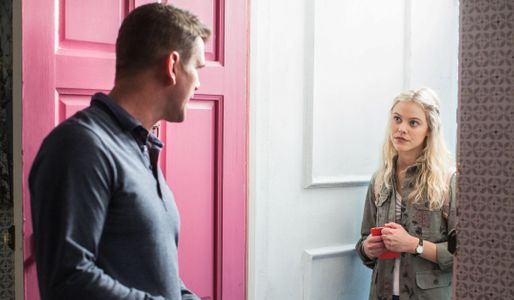