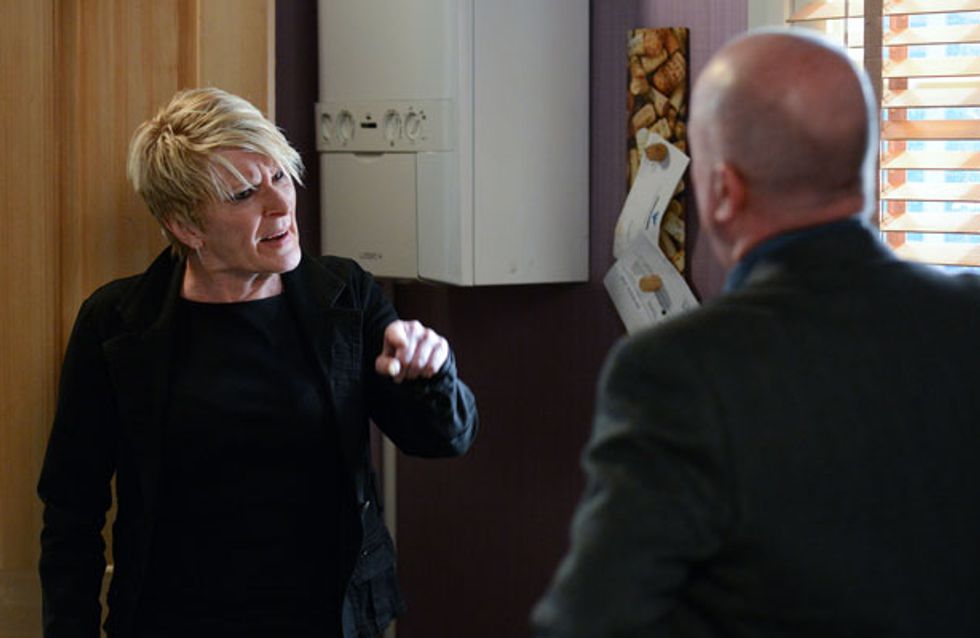 Shirley tries to get Phil to own up but when he keeps quiet she confronts him.

She demands to know why and accuses him of doing it out of guilt for covering Heather's death.

After taking some time to think about it Shirley returns to Phil's and rather than forgive him blackmails him over Heather's death.

Ian and the family are tell Cindy she can't stay and she attempt to work her manipulation techniques on all of them.

Lucy finds them amusing, while Peter is concerned she will reveal something about their past.

It pays off when Ian declares she can stay for a few days - Peter is very worried.

Lauren throws Abi a party to celebrate her exam results but Abi comes home and gives her a frosty reception - she didn't get the grades she needed for uni and its all Lauren's fault!

Fatboy can't believe it when he finds Poppy with Alice, distraught over his 'affair'. He assures her he only know Chole from work - he's been trying to make extra cash for their holiday.​ 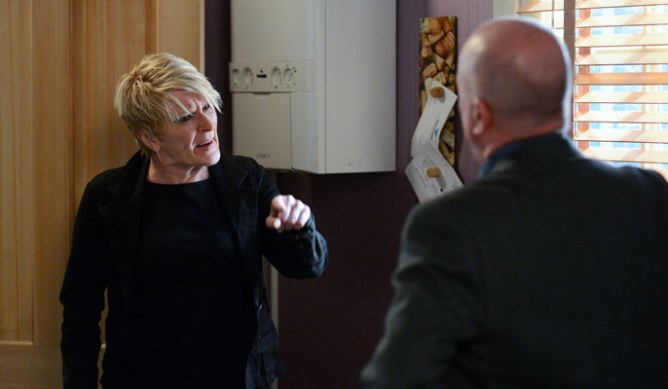