Phil is frustrated when Louise and Ben ignore him following his decision but Sharon does her best to make him reconsider. Phil confides in Billy and explains he doesn’t believe he deserves a liver but Billy argues and gives him food for thought. Back home, Sharon tries once more to change Phil’s mind but can she get through to him?

Despite Lauren getting a new job, the financial situation grows worse for the Beale’s but Kathy comes up with an idea. Meanwhile, Abi, Patrick and Kathy audition for the Walford Player’s ‘A Christmas Carol’ show. Elsewhere, Whitney and Lauren discuss their relationships giving Whitney an idea to surprise Lee.Kyle is offered a job abroad but with the Fowlers struggling financially, he tells Stacey he’s turning it down.​ 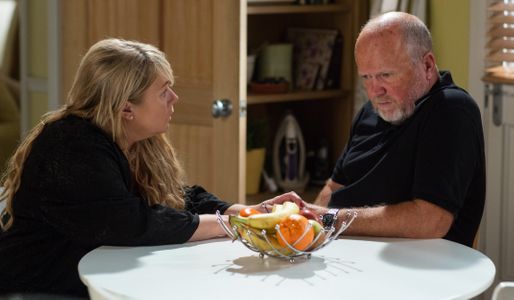