Eastenders 22/9 - Louise Fears That Phil Has Been Drinking Again

Mick assures Linda everything will be okay ahead of Ollie’s next check-up but he later finds himself confiding in Buster who promises to be there for him. Outside however, a fuming Mick sends Lee off to find Buster and Shirley who are meant to be opening up The Vic and Lee soon realises something is going on with Buster. Mick clocks on to Lee’s unusual mood. Upstairs, Lee tells his dad that he thinks Buster is having an affair.

Bex has difficulty settling into her cramped new home and with Stacey struggling to cover the bills, Kyle speaks to Steven about a pay rise. When Steven refuses, Kyle implies he will reveal the truth about the robbery. 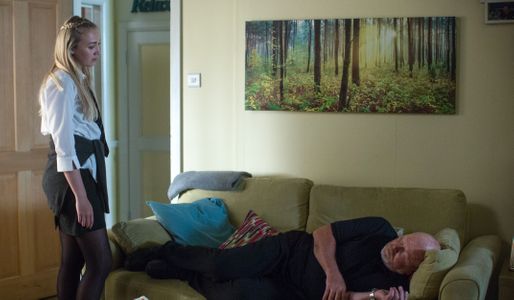