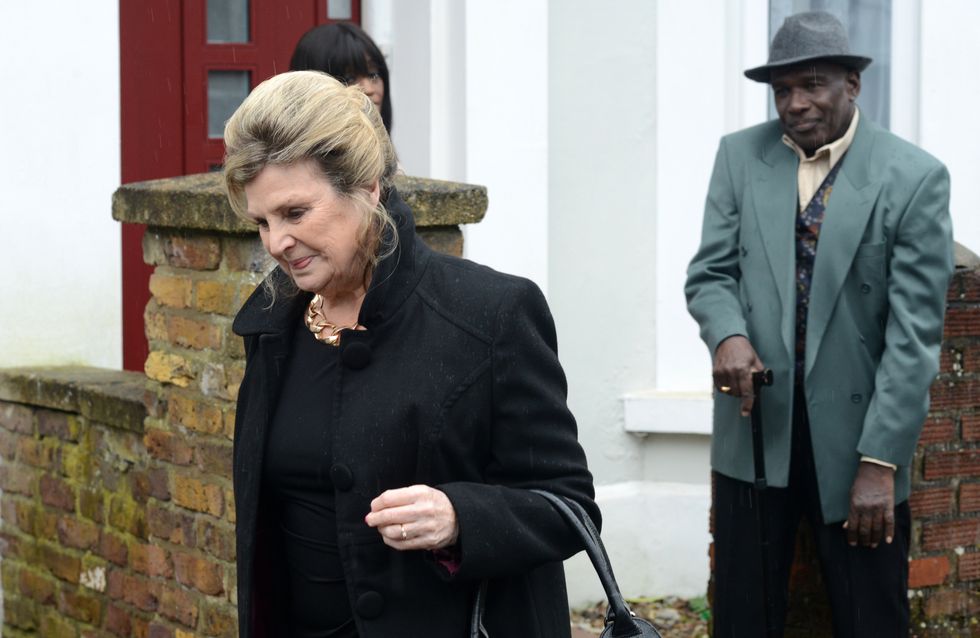 The Brannings are stunned by Dot’s unexpected arrival at Jim’s funeral and Max steps up to make a eulogy about his dad. After some encouragement, Dot also takes to the stand and gives an emotional tribute about Jim. Unable to handle her guilt over Charlie, Roxy makes a decision to visit Ronnie but will she come clean?

Back on the Square, Max comes clean to Carol about his business troubles - he’s in too deep and has been selling stolen cars. Carol convinces him to ask Phil for his help.

Despite Linda’s attempts at reassuring Mick she’s okay; he kicks off forcing Dean to leave The Vic. Shirley and Buster follow Dean and when Shirley sees how Dean has suffered whilst in prison, she makes a decision and asks Phil for a cash loan. What is Shirley up to?

Having paid her respects to her late fiancé, Cora tells her friends she’s leaving Albert Square to go and stay with Tanya but before she leaves, warns Babe that she knows her secret. Later, after stirring up the tension amongst the Carters, Babe visits Sylvie in the care home and coldly tells her about Stan’s death.

Elsewhere, Kim tearfully confesses to Denise that she’s been lying about everything that’s happened to her over the last few months - what is Kim about to reveal?
​
Over at the hospital, Vincent pays a visit to Ronnie and she is left shaken when he reminds her of the winter they spent together in 2013.