Phil finds Shirley hungover outside the Arches and takes her back to his where they face an unimpressed Sharon. Phil goes to track Dean down to see if he can make amends. With Phil away, the two women spit insults at each other. At Dean’s barber shop, Phil tries to reason with Dean and after some initial reluctance Dean drops his guard and listens to what he’s got to say. Back at the Mitchell’s, Phil tries to reassure Shirley but an emotional Shirley storms out.

Later, Carol cancels her hen party and in an effort to build bridges David organises a surprise “hen party afternoon” for her and the girls. Meanwhile, Liam is still not convinced Nikki and David’s relationship is platonic and when Nikki calls David’s phone Liam answers and gives her a warning.

Libby tries to persuade Denise to visit Chelsea with her in Spain. 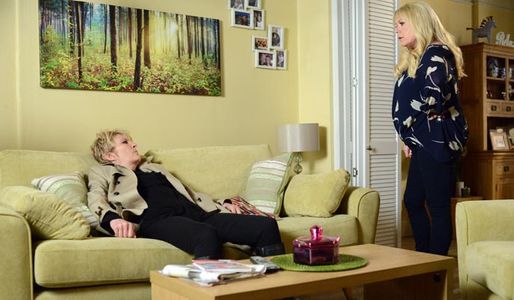