It’s the second night of the Walford Player’s ‘A Christmas Carol’ but after the events of the night before, will all go to plan?

Ben and Louise are left confused by Phil’s kind behaviour. Phil later finds himself in the laundrette with Dot who sees through his front and tells him he needs to carry on fighting. Despite her best efforts, Phil insists he’s had enough and it’s time for him to die. Back home, Phil places a present for Sharon under the tree and sneaks off. When the Mitchells return from the play, Sharon realises what’s going on and catches Phil as he tries to leave. Phil reveals he can’t spend Christmas there and despite Sharon’s efforts, Phil leaves...

Fed up of Lee’s behaviour, Whitney turns to Mick for help who tries to allay her fears. On the roof, Mick and Lee have a heart-to-heart but will Lee admit the truth to his dad about everything that has been going on with his job? It’s the end of an era as Dot prepares for her retirement party at the laundrette.​ 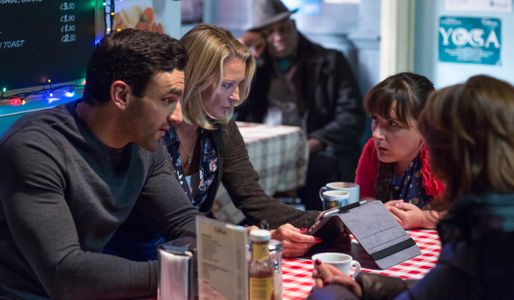