It’s Carmel’s 50th birthday but with her family not giving her the day she deserves, Denise steps in and organises a surprise party at Beales. At the party, Masood and Denise talk about relationships and he leans in for a kiss, much to Denise’s horror. Things grow worse when a mortified Carmel spots the incident.

Meanwhile, Andy is stunned when Jack and Ronnie offer him their spare room, despite him taking advantage of the empty flats. Les later arrives to discuss Peggy’s funeral arrangements and thewishes Peggy had with Ronnie, Sharon and Roxy but they are left shocked at the high price. As Jackprepares a dinner, Ronnie offers to take Andy’s washing to the laundrette and later gets a panicked phone call from Dot who’s made a discovery.

Jay goes for a job interview but things start to go downhill when the employer says he’s going to call Phil for a reference. Ben steps in and tries to help by pretending to be Phil.​​ 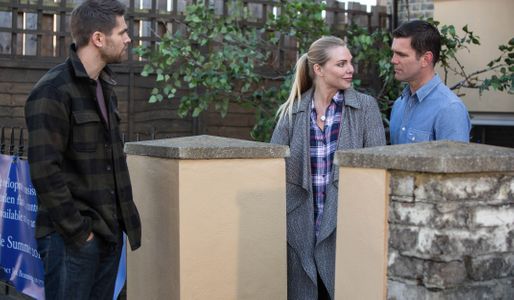