Mick confronts a stunned Buster – will he admit the truth?

Sharon clocks on that all is not well with Phil and joins Louise in believing he’s been drinking again.With Sharon refusing to help, Louise turns to Shirley but Phil insists he’s not touched any alcohol. Ben learns what’s going on and fed up, tells a defensive Louise they should tell the doctor what’s happened – it’s over.

Masood learns of Denise’s troubles and tries to talk to her about what’s going on. 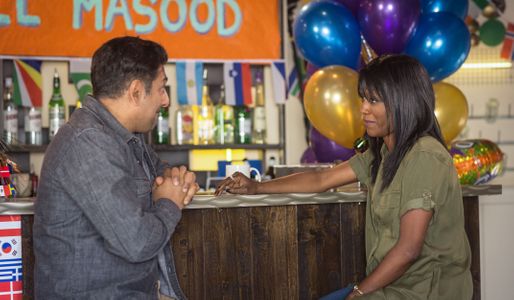