Cindy continues to question her role as a mother when it is clear that Jane has bonded with Beth whilst they’ve been away and when Jane beats her to the morning feed Cindy wonders whether Beth actually needs her. Later, unable to cope, Cindy confides in Liam about her predicament and he encourages her to step up prompting Cindy to collect Beth from nursery and spend the afternoon with her. However, her plan backfires and when Jane and Ian hit the roof leaving Cindy to resort to desperate measures.

Alfie does his best to support Kat and the boys and when they’re faced with more money worries as well as having to buy a new buggy for the twins. Alfie later swallows his pride and accepts a job cleaning the market.

Across the Square the battle lines are drawn between Roxy and Ineta with Ineta refusing to go to school; however, Roxy soon discovers why Ineta is being so defiant when she finds some bruises on her arm. 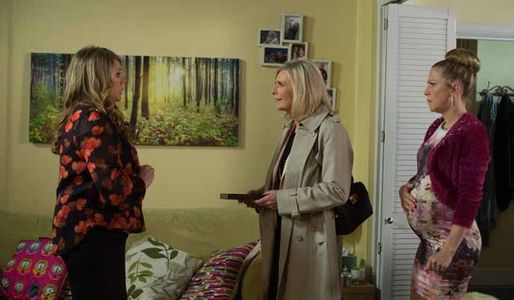