Jane is on a mission to get to the bottom of what’s going on with the finances at Beale’s and Steven grows paranoid that she is on to him. He later finds himself alone with Jane – but will the truth come out?

It’s Lee’s first day at his new job and an excited Whitney continues to plan for their wedding. After a successful first day for Lee, Whitney suggests they look at the possibility of a shared ownership on a house and wanting to spoil Whitney, he buys her a gift.

Kathy does her best to get through to Ben and encourage him not to go through with the transplant but Ben puts his foot down. Meanwhile, Sharon worries about Dennis’ behaviour and suggests sending him to a different school to his friends. As Ben and a reluctant Dennis discuss the possibility of Dennis moving schools, Ben thinks about his own future.​

It’s the day before Bex’ sixteenth birthday but Martin grows concerned about Shakil’s plans. ​Patrick is upset when a harsh Claudette refuses to join him at the cinema with Dot. 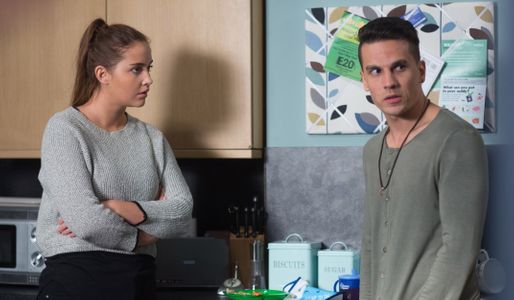