Whitney’s suspicions about Lee continue to grow and when she learns that he has told Lauren that he can’t make drinks, it fuels her suspicions further. Lauren tries to calm Whitney’s fears and encourages her to talk to Lee – but Whitney has another idea in mind.

At the Beale’s, Lauren is taken back when a distraughtWhitney arrives and reveals Lee had called into work sick and remains convinced he’s having an affair. Things grow worse when an oblivious Lee returns home and tells Whitney he had been at work all day.

After a difficult day in the office, Billy arrives and has a heart-to- heart with Phil.An indecisive Kyle remains torn on whether or not to accept the job. After talking to Martin, Kyle agrees to take the job but soon changes his mind once more.​​ 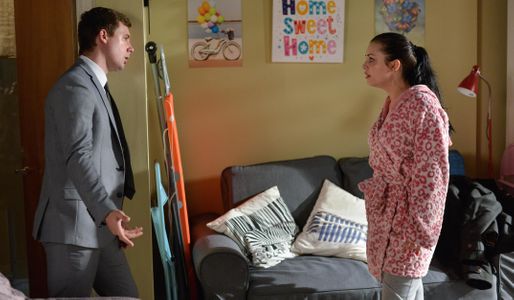