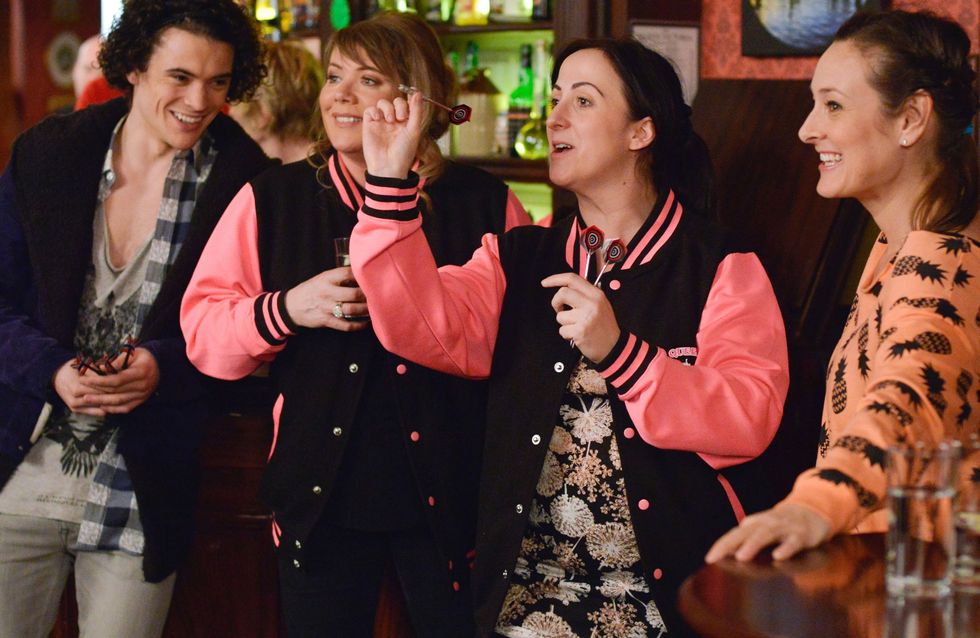 The darts match continues at The Vic and with Phil in a better mood, Ben decides to publicly kiss Paul. However, Ben doesn’t get the reaction from Phil he was hoping for as Phil storms off home. Annoyed, Sharon, Kathy and Jay follow and try to talk to Phil but can they get through to him?

Across the Square, Libby tells Denise she’s pregnant but isn’t keeping the baby. However when Denise begins to celebrate the pregnancy and refuses to accept her daughter doesn’t want the baby, Libby turns to Kim for support. As Denise celebrates, Libby reveals another bombshell. Meanwhile, Kyle grows suspicious of Andy’s growing interest in Stacey and reminds him that she’s engaged.