Ian is determined Cindy leaves Watford and tries to get her Aunt Gina to pick her up, despite Jane, TJ and Terry trying to dissuade him. At the last moment Ian realises he doesn’t want her to leave and chases after the car, but is he too late? Sharon insists to Phil that the pair pay their condolences. Sharon is shocked when she sees the state of Ian.

Masood tells Jane he loves her, and Peter doesn’t find Lola as comforting as Lauren.

The police interview those closest to Lucy and visit Lucy as a nervous Max listens in outside.

The Carters are sad to say goodbye to Lee, but before he goes back to the army he agrees to speak to the police. Nancy is surprised when Lee states he was at the housewarming party all night.

Alfie hands out black armbands for a mark of respect to the Beales. Donna refuses to wear one and Alfie is shocked, but Pam shows him now all traders are so hostile and shows her support.
​
Terry is pleased when Nikki decides to stay in Walford for a while. 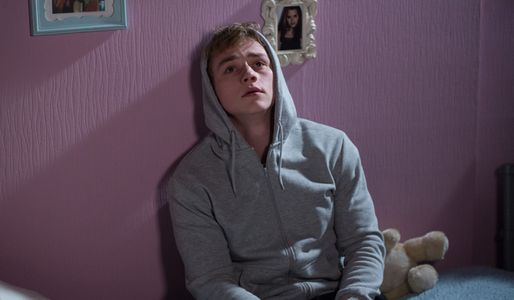