It’s the day of the Iftar drive and as Shabnam makes the final preparations, Stacey confronts Nancy and insists there’s nothing going on between her and Kush. At the community centre, Shabnam arrives to find it has been trashed and confronts three young girls over the incident. When Shabnam returns home, Nancy and Kush clean up but Nancy takes the opportunity to quiz Kush about what is going on with Stacey. Kush opens up about his wife insisting he has no feelings for Stacey but he tells Nancy that Stacey made a move on him – but does she believe him? Later on, Stacey confesses to Nancy there is chemistry but Nancy warns her to stay away. Later on, Shabnam is confronted by the three girls and they begin to attack her.

Stacey tells Kush he needs to figure out who he wants to be with.

With her guilt rising, Shirley comes clean to Dean about Jade’s visit and he tries to persuade them to cancel it. At Blades, Shirley tries to get to the bottom of what’s going on and encourages Dean to be a father figure for his daughter. Dean later returns and tells Shirley and a worried Buster he wants to meet Jade.

Over the Square, Liam grows suspicious when he sees Cindy in a new dress and reveals his fears about where it came from to Carol. A guilty Carol decides to come clean to Liam and explains Jane is paying them money to look after Cindy but Liam doesn’t take the news well and worries they aren’t being honest to Cindy.

Patrick’s concerns grow when he spots Vincent hiding a black holdall in the house and decides to look inside. Later at his birthday meal, Patrick confronts Vincent in front of Denise and Kim and reveals he found money inside. 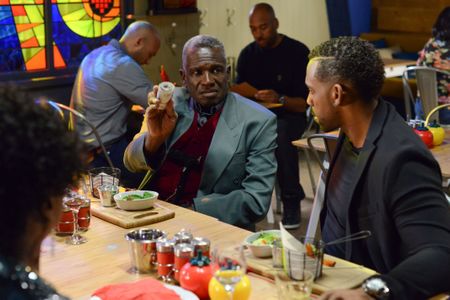