Whitney is left shaken when a stranger arrives to give her a letter from Tony which says: "Dearest Whit, I always loved you, T x."

Tyler tries to comfort her but when she gets home she calls the prison to apply for a prison visiting order.

Bianca and Jean are panicking over Ian's threat to go to the police but when he tells Jean he still hasn't decided what he'll do Carol thinks he's just trying to scare Bianca.

The troubles between Bianca and Ian end up affecting the kids when Bobby goes missing and Ian assumes he's with Tiffany.

Eventually they come to an agreement to keep the kids apart and he promises not to go to the police.

It's time for Sam to move in, Dexter and Kim are dubious especially when he presents a jukebox as a gift for Ava.

Dexter's shocked when he finds her dancing to tunes singing out from her present from Sam. 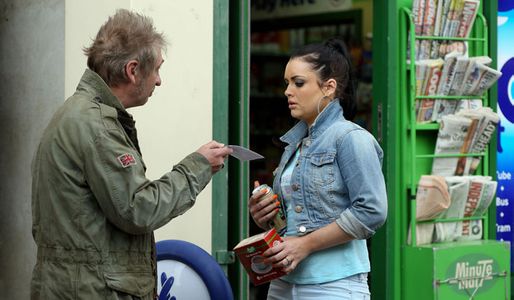