A dishevelled Martin reels from the events of last week and feeling guilty about what happened, refuses to go and visit Stacey in the hospital. Worried for Martin, Kathy has a heart-to-heart with him and begins to reminisce about his parents and eventually convinces him to go to the hospital. With Kathy by his side, Martin goes to visit Stacey and when alone, promises her it’s all going to be okay. Back in the Square, Martin tells Kathy he’ll find a way to reunite Stacey and Arthur but back at the flat, gets a huge shock …

Paul confronts Ben about their recent conversation and tells him he wants a decision today – it’s him or Abi – what will Ben decide?

Ian receives a letter from Bobby’s boarding school to say a place has become available and he can leave tomorrow. After convincing Jane it’s for the best, the pair break the news to an emotional Bobby but Kathy walks in and overhears the plans. Elsewhere, Kat insists on staying in Walford but when she realises she’s not needed, tells Alfie it’s time to go – but will they decide to go to Spain or Ireland? 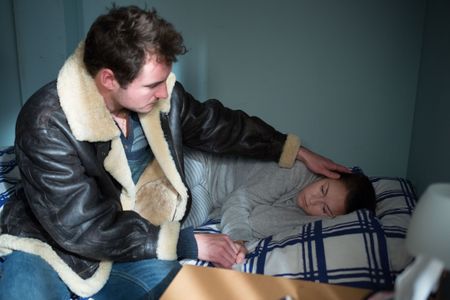