Jane comes up with an idea to help Ian offload the wasted food from Beale’s but grows annoyed when Ian goes with Steven’s idea instead – a pop-up barbecue. Ian is impressed with Steven’s entrepreneurial spirit. Back home, Ian tells Jane how proud he is of Steven but Jane isn’t so sure and when alone, she makes a shocking discovery…

Honey reels from everything that’s happened and Billy tries to make it up to her but will she accept his apology?

Bex struggles with Shakil’s bombshell and attempts to talk to her mum but they are interrupted byTina who wants to get more care and support for Sylvie. Determined to make things better, Tina goes to see Mick and tells him her plan.​ 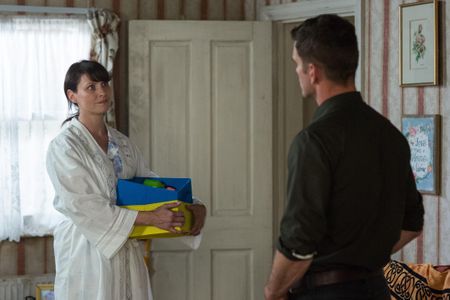