It’s Shabnam’s 29th birthday and she’s hoping to celebrate with a promotion at the Minute Mart. However, things don’t go as planned and after hearing that she will be made redundant, Masood discovers that she inherited some money which she has kept quiet. After exchanging a few choice words with Masood, Tamwar, Stacey and Kush, she finds herself alienated from her friends and family. Later, she attempts to open up to Kush telling him she is a bad person and has done something terrible however his suggestion to let people see the real Shabnam ends with a lot more than he bargained for. She passionately kisses Kush lust taking over, they disappear into his flat.

Sharon reads a letter which leaves her unsettled and talks to Jane about it.

Stacey gives her statement to the police much to the relief of Linda and Mick however Stan later upsets Mick by saying that it’s Linda’s word against Dean’s.

Meanwhile, Jane’s patience is tested as Alfie and Ian’s bromance starts to affect her plans for a low-key wedding. 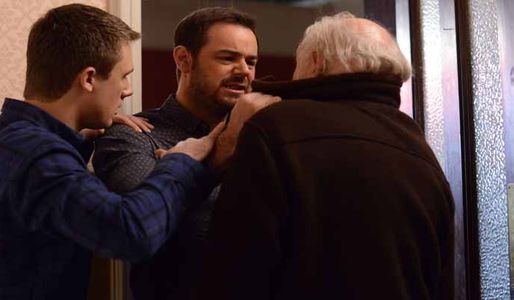