Tyler can't understand when Whitney tells him about her phone call to the police.

When he realises she's not at home or at work he rushes to find her.

Meanwhile, she arrives at the prison and manages to get through to another room after mentioning Tony's name.

Back in Walford when she sees Tyler he questions whether she still loves him.

They end up arguing at Bianca's probation celebrations and Tyler tells Carol and Bianca about the letter.

Bianca's furious but Whitney tries to explain why she wanted to see him face to face.

Dennis gets himself into trouble when he's given a little freedom - he steals a catapult from Jay, Morgan and Dexter and ends up braking Dot's window.

The naughty little one blames everything on Dexter and Sharon believes him without question.

Poppy recieves a letter stating that Tanya has sold the salon - desperate to know who's bought it, they question Abi.

seeing her stressed, Fatboy suggests a chilled evening which is ruined by AJ and Tamwar.

Despite telling Carl he's got no chance, she's visibly annoyed when he flirts with Kat.

Janine demands free food at Scarletts and questions Ian on what's wrong - he admits he's having issues with Lucy who she later chats with - she asks for advice of family relations.

Roxy is getting more and more excited about picking her engagement rings - Kat watches on pretending she's all fine with it.

It's clear she's not. 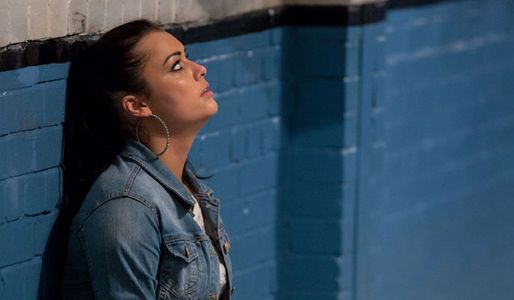