Carol and Massood are all set for a steamy night when the kids arrive home early leaving them rather deflated.

Interruption after interruption leaves them frustrated but openly declaring their feelings for one another.

Until, the doorbell goes and David Wicks is at the door.

Alice and Tamwar are kissing on the sofa when it's clear he feel uncomfortable about where things are headed.

They are interrupted and he declines her offer to go back to his and finish what they started.

Later they find themselves at the same crossroads and when he declines she makes her feelings known.

He agrees and follows her to the bedroom.

Dot ends up in a row with Sharon after manipulative Dennis works his magic once more. 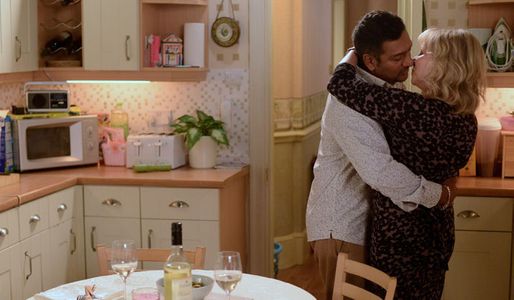