Keegan tells Shakil he’s going to get revenge on Bex for her recent actions.

The residents are taken back by Denise’s strong comments in the Walford Gazette about the state of the community and the Minute Mart. Keegan soon turns up to cause trouble but Kush steps in and sends him and Shakil on their way. Denise is later nervous to receive a call from the local area manager who wants to see her tomorrow following her comments about the Minute Mart.

Worried about both Dot and Ian, Jane comes up with an idea. Things start to look up for Mick when there pairs to The Vic’s ceiling begin and he tells the police about Babe’s disappearance; meaning he has less of a fine to pay. However the good mood doesn’t last for long. ​
​ 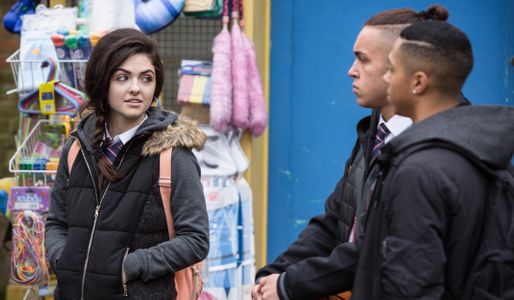 Eastenders 20/02 - Denise Finds Herself In An Argument With Keegan