Eastenders 27/03 – The day of the funeral arrives

It’s Nick’s funeral, and Sharon and Fatboy worry what the turnout will be, however a few Walford residents do show up for Dot’s sake. At the crematorium, the service falls apart as Ian has lost his speech, although eventually he finds out and his words comfort Dot. However, it’s clear at the wake how everyone really felt about Nick, and Dot is left her for Nick’s send-off being ruined.

Sharon talks Phil into going to Nick’s funeral, but her plan backfires when a delivery at the bar causes problems and Phil must attend alone.

Billy obviously wants to be a part of Lucy’s business but Lucy isn’t convinced.

Johnny is furious with Linda when she thinks he’s flirting with a customer, making her true feelings known.
​
Cora and Patrick’s friendship goes downhill when Cora’s actions about Nick hurt Dot’s feelings.

Everyone blames each other for upsetting Dot in The Vic, and after the wake Dot’s more determined than ever to see Nick's body, demanding that Charlie take her to the crematorium to see him. Les and Charlie protest but Dot is resolute.

Sharon reveals the name of the bar to Phil, though she is furious with what happened at the funeral.

Peter convinces Lucy to go into business with Lauren, who is eventually swayed into the idea even though Max thinks it’s stupid.

Mick persuades Johnny to sort things out with his mum, whilst Cora pushes Patrick too far and he tells her to move out. 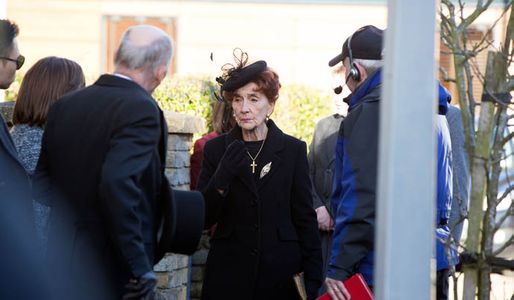