Meanwhile, Denise is left horrified by her actions and after bumping into Patrick who shows her a letter from Libby, she goes to support her at the clinic and the pair make amends. At home, Denise is relieved to hear Phil has no memory of the night before but Libby later points out that Denise’s necklace is missing.

Ian steps forward to help Dot find a compere for the Pride of Walford awards and a reluctant Jack soon finds himself being roped in to host the event.

It’s the day of the Pride of Walford Awards and Ian is determined to make the night perfect so Beale’s can go out with a bang. Across the Square, Tina’s plans for a romantic night are quickly thwarted when Sonia tells her she’s taking Bex to the event instead. Upset, Tina turns to Shirley and Mick for support and after learning Ian is short staffed for the event, steps in to help. Meanwhile, Kyle prepares the food for the night but is shocked when his friend, Soph, arrives. Kyle is left less than pleased however when Soph offers to help Ian.

​As the event kicks off, Tina sneakily drinks the alcohol and things get out of control when Sonia and her friends win an award. With a nervous Sonia avoiding the limelight, Tina grabs the mic and starts to praise Sonia but things don’t quite go to plan when she embarrasses Sonia and Sonia storms off. As Tina reels from their argument, she finds herself in the arms of Soph.​

After an emotional goodbye to Libby, Denise comes up with a plan to get her necklace back and pays a visit to Louise.

​With the night at Beale’s a huge success, Kathy realises Ian is struggling to let Beale’s go and encourages him to tell the truth to everyone about the supermarket deal or else she will. Tom the paramedic spots Johnny and begins to flirt with him. Despite Johnny’s mind being elsewhere, Tom gives him his number.​ 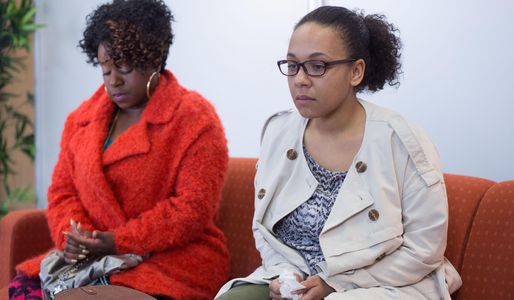