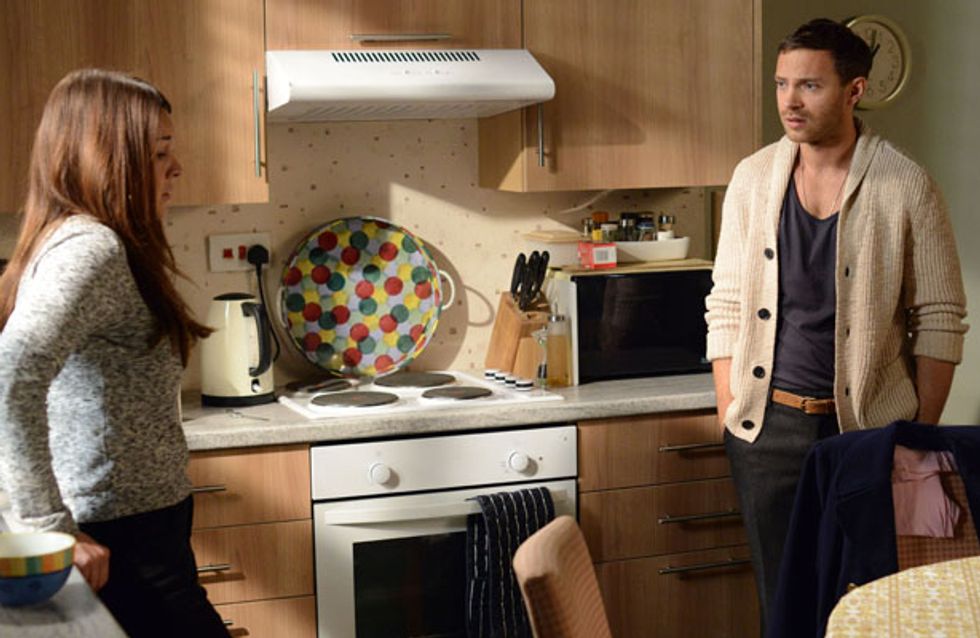 Ronnie and Charlie decide to share their engagement news with their families and first off they plan a get together for the Mitchell's. Alone with her sister, Ronnie confides in Roxy but she is upset by her lackluster response, telling Ronnie she can’t make the gathering. Meanwhile, Nick Cotton is back in Albert Square. Later as Ronnie and Charlie share their news with the Mitchell's, Phil does not hide his disapproval leading to him and Charlie coming to blows. After a word from Charlie, Roxy soon returns to her sister and assures her that she is happy for them and suggests they plan an engagement party. Ronnie and Charlie later head to Dot's to give her the news but they are shocked to find Nick sitting at the kitchen table. The situation suddenly gets worse when they hear Dot come through the front door...

Upset at the thought of losing both Rebecca and Martin, Sonia decides to take the day off to go and help Carol. Kush arrives at the café and offers to take Sonia for a drink at The Vic. Sonia lies and says that she is stressed trying to think of ideas for a charity fundraiser for Fat Blasters. Kush helpfully suggests a calendar of all the people who work on the market which Sonia loves. Sonia leans in for a kiss.

Stacey wakes up in Dean’s bed and makes a swift exit after telling him the night before was a mistake. As Stacey gets Lily ready to leave for school, Tina and Tosh are surprised to find Stacey and Lily living in the flat. Later on, a distraught Tosh tells Stacey that she is not pregnant.
​
Elsewhere, Lola is worried that Ben will try to take Lexi away from her but she's later relieved when he assures her that he knows Lexi is in the right place. Ben tries to cheer Abi up and offers to help with her CV. 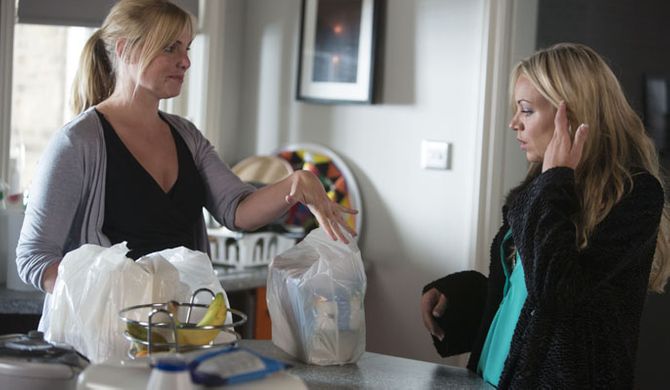