Martin tells Stacey they can get out of the contract on their flat but despite the good news, Stacey worries they can’t afford the upfront costs. Determined, Martin does everything he can to find the money and turns to Ian and Jane for help but with the Beale’s struggling businesses, Ian is unable to give him any money. Steven grows concerned when Jane asks to look at the books to see if she can find any spare money but he jumps in and does it himself. With no luck, Jane comes up with another idea, and Ian breaks the news to Martin and Stacey – they’ve found the money.However everyone is upset to discover the house has already been taken.

Les and Pam invite Ben over for dinner and the topic of next week’s plea hearing soon comes up.With Les suggesting they could plead not guilty, Pam reveals she wants to visit the killers to talk to them but an adamant Les puts his foot down and says no. Pam later visits Honey and tells her she can’t keep the promise she made Les – she wants to talk to the killers.

Sharon arranges a meeting at the school to discuss the bullying but they soon get a shock. Elsewhere, Dot is alarmed when she hears from her employers, and Vincent clocks on to what Kim is up to, forcing her to apologise to Donna – however he later learns a worrying truth​​... 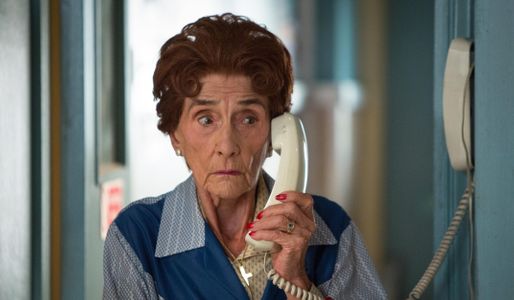