Ian attempts to make plans for his birthday but grows frustrated when his family hassle him to call the doctor. Meanwhile, Whitney impresses Mick when she takes control of The Vic’s pancake race day but as it begins, Ian receives a text asking him to speak to the doctor about his results. With the race nearly over, Ian tries his hardest to come first but passes out, leading Kim to victory. As Ian recovers, Jane puts her foot down and calls the doctor for an appointment leaving Ian terrified.

A nervous Denise waits for the area manager, Harry, to arrive but when Kim spots him outside, she defends her sister – Can Kim get through to him?

With things awkward between Bex and Shakil, Keegan reveals his revenge plan leaving Shakil mortified. After an accident on the bike, an exhausted Tina returns home early and soon realises what Shirley has been up to. When Tina confronts her sister, Shirley admits she’s struggling to cope and suggests putting Sylvie into a home again.​
​ 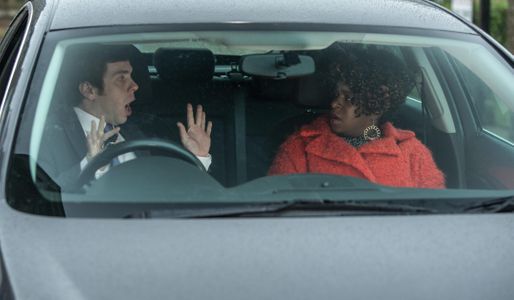