It's a shocking day in Albert Square when a resident is charged for the murder of Lucy Beale. As the friends and family struggle to come to terms with the news, somebody finds themselves resorting to drastic measures for the sake of their family. Meanwhile, two people prepare to leave Walford for good but will all go to plan?

Elsewhere, Claudette confronts Paul over his accusations and warns him to back off. A defensive Paul tells her he doesn't want to see his Nan get hurt and suggests Claudette doesn't see Pam anymore. However Claudette is stopped by Pam who is desperate for help planning the centenary party. Later at The Vic, Paul is upset to hear Claudette ignored his plea. 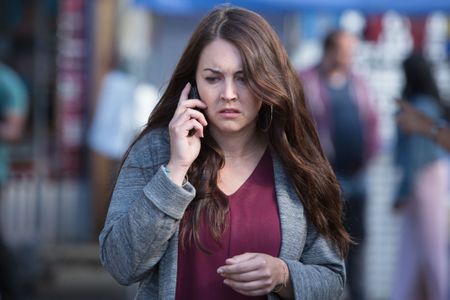