Having waited all night for the baby’s usual movements, Masood’s concerned and thinks they should go to the hospital. But – clearly in denial – Shabnam knows her baby usually gives her a kick around her mid-morning tea break and insists on waiting. All the while, the Masoods prepare for the Mendhi, Kush surprises Shabnam and shows her the nursery for their baby but Kush doesn’t get the reaction he was expecting when Shabnam runs out. Masood follows her and tells her he’s spoken to the midwife and they should go to the hospital. At the hospital, the midwife is unable to find a heartbeat for the baby and Shabnam eventually asks Masood to call Kush. After Kush arrives, the doctor breaks the news that the baby has died.

Back in the Square, a hungover Martin takes Stacey out for lunch and tells her he’s going to step up. However an unconvinced Stacey reveals she’s run out of her medication and thinks she’s going to stop taking them altogether. Although Martin says he’s there for her, Stacey gives him the option of leaving her and when she returns home, he can either be there for her or have left. What will Martin decide?

Tamwar and Nancy open up about their past relationships. 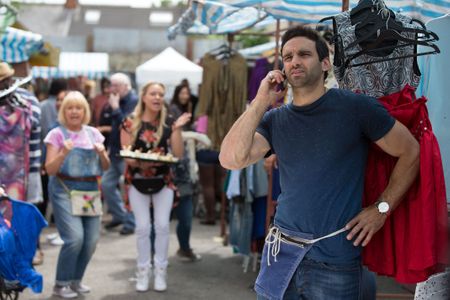