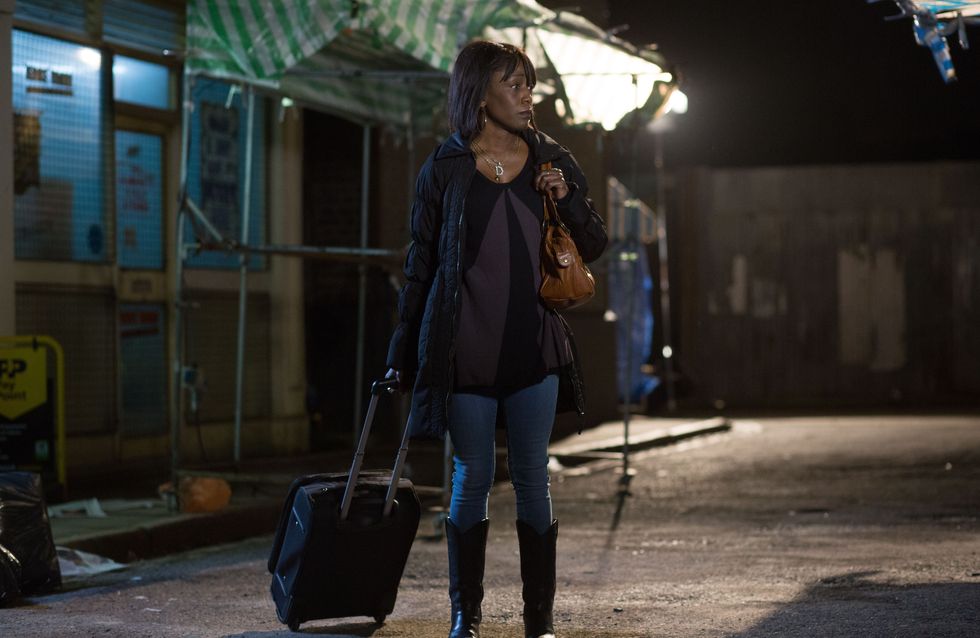 Denise packs a suitcase and ta takes off her engagement ring, ready to escape Walford and join Libby in Oxford. She heads to Patrick’s and emotionally confesses her plan to him. She is surprised when he books her a taxi in support. Will she really leave Walford?

Bianca is on Sonia’s case after discovering she still hasn’t told Martin about her gene test results. Tina and Tosh are planning a night out but as they set off Tina spots Sonia sitting on her own in the Square. Telling Tosh she’ll catch her up, she reassures a scared Sonia, who responds by kissing her.
​
With Lauren’s help, Whitney logs in to Lucy’s social networking page in order to stop the trolling.