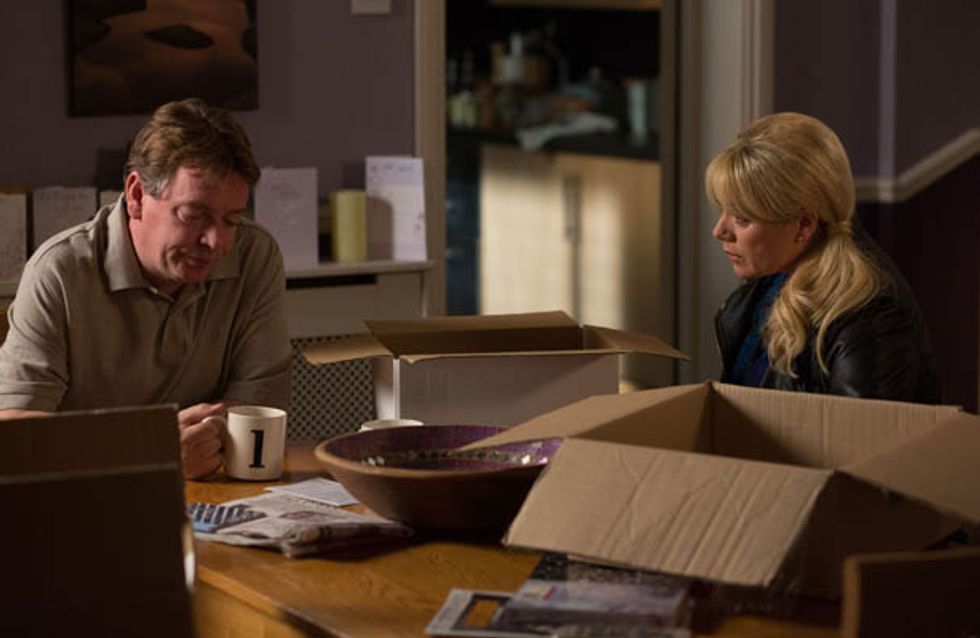 Sharon discovers Ian at the pharmacy collecting a prescription. Ian scuttles off home, ignoring her. Later, Sharon’s alarmed when she sees an empty pill packet through the window. Fearing the worst, she heads home to get Phil. She grabs Phil and they race over to Ian’s house. Phil is forced to kick the door down.
​
At The Vic, Stan and Dean head out to look at a potential venue for his new salon. Meanwhile, Mick isn’t pleased when Shirley reveals where she got the money for The Vic. Later, Stan and Dean announce their business plans to the Carters. 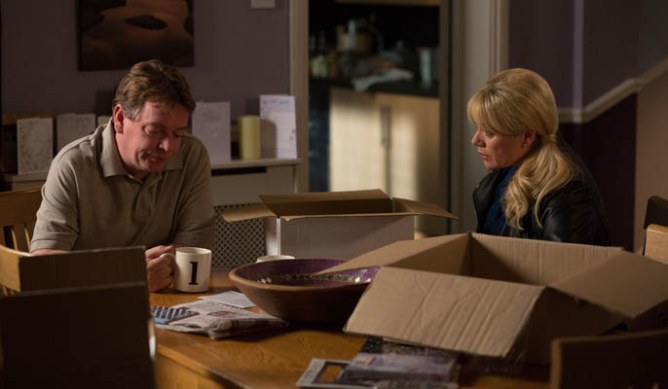