The group starts to argue over the missing money.

Cindy blames Abi and Jay doesn't rush to defend her while Dexter rejects the idea that it could have been Kitty.

Abi and Jay head off to take the pregnancy test but they end up arguing over their ideas of the future.

Jay goes to drown his sorrows in the pub with barmaid Kitty and kisses her just as Dexter walks in!

Lola manages to get Peter to confide in her over what happened in Devon.

He tells her that once he was out swimming with Gaz and encouraged him to go too far out - Gaz disappeared with a current with Peter unable to reach him.

Back in Walford, Roxy is still upset from Jean's outburst about Alife.

Jean ends up telling Ollie the truth but is left distraught when he doesn't know what to say.

Tara shows herself to only care about Billy's money but he fails to see the truth. 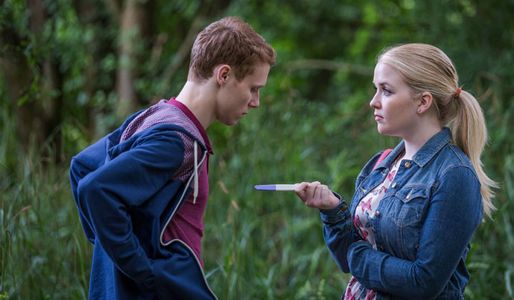