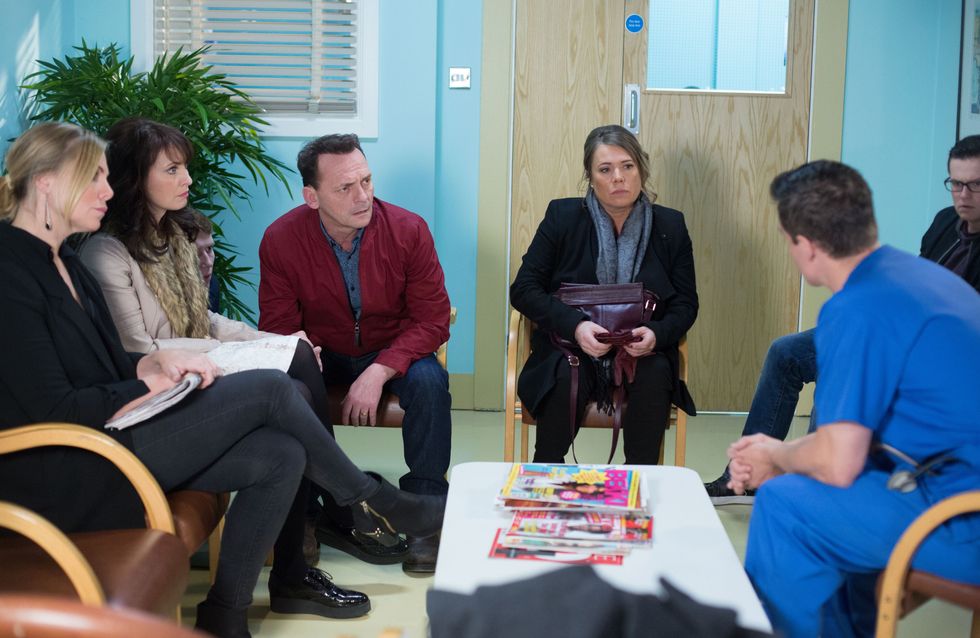 It’s the day of Honey and Billy’s engagement party but Billy discovers some upsetting news. At the Mitchell’s, Ronnie is shocked by the state of Phil and quickly leaves when he refuses to go to the party. As the party commences at The Vic, Phil arrives and causes a commotion when he interrupts Honey’s speech. Things continue to go downhill when Phil starts coughing up blood. As the ambulance arrives, Shirley goes to tell Ronnie about Phil’s illness but a stunned Sharon walks in and interrupts.

Things are awkward between Mick and Whitney and Mick is torn about what to do. Meanwhile, the Carters are amused when Mick is prescribed reading glasses.

Elsewhere, Shabnam remains determined to help Stacey but a concerned Kush intervenes and encourages her to take a rest. At the park, Shabnam opens up about her concerns. With Nancy having doubts about her and Tamwar’s new business venture, Tamwar pushes forward and finds a venue for the restaurant. Jane struggles being away from Bobby