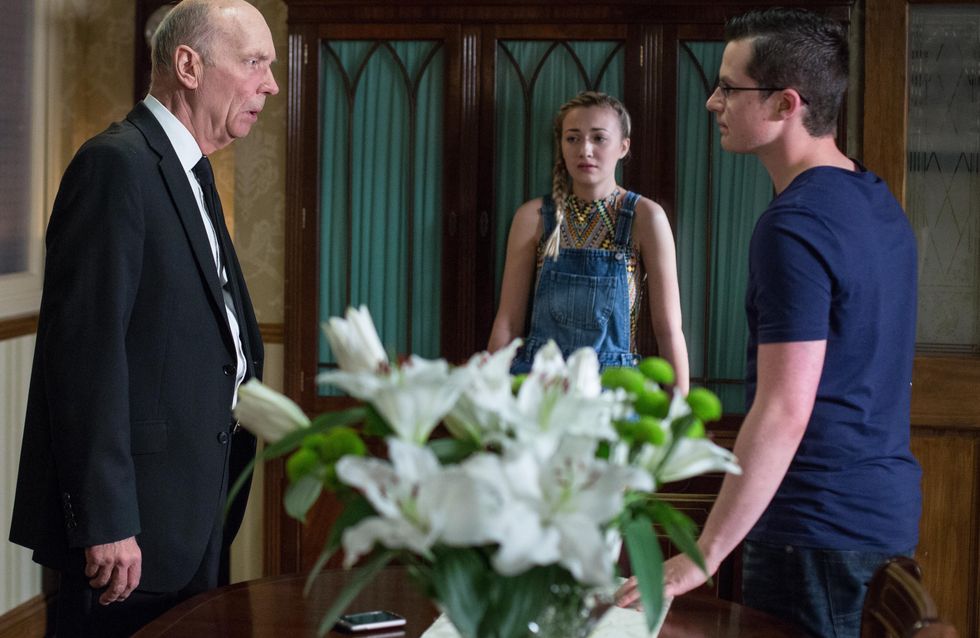 Louise grows suspicious of Ben’s behaviour and after spotting an angry Jay returning to the Square, she confronts her brother who admits they’ve been looking for Paul’s killers. Ben tells Louise and Courtney that they just want to scare them, but unconvinced, Louise heads to see Les and begs him to help. Ben later arrives and after a heartfelt plea from Louise and Les, Ben comes round and agrees to leave it and Les asks him to do a reading at the funeral. However when Louise and Ben return home, they find Jay waiting for Ben with the address of Paul’s killers and Louise is horrified whenBen leaves with him.

Meanwhile, Shakil and Mark prepare for a day out with Louise, Courtney and Bex but Shakil is disappointed when Bex pulls out. Across the Square, Bex seeks advice from Stacey. With the financial difficulties at Beale’s continuing to grow, Steven is frustrated when Lauren buys anew laptop to help her pitch for new business from Belinda.

Patrick tries to reach out to Claudette and Dot does her best to help him win her back. As they rehearse for the Salsa show, Denise faints and is taken home by Carmel who encourages her to see a doctor. As the pair research her symptoms, Denise starts to think the worst.​​ 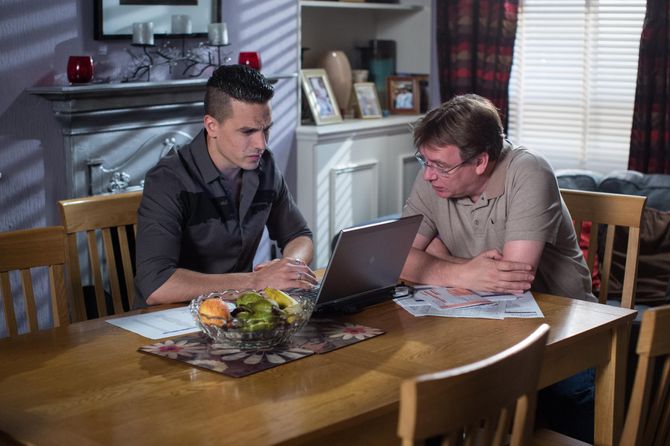