Things remain tense between Ronnie and Jack when Ronnie struggles to be honest about her feelings. Later, Ronnie confides in Sharon about her true feelings for Jack and she is told to take a chance. Ronnie’s optimism is quickly thwarted however when Phil tells her their relationship would be doomed. Jack returns and tells Ronnie his train home is in two hours and he needs an answer today, this is her final chance – does she want to be with him or not?

Denise is torn when Jordan insists on going to see Lucas to end things once and for all. With Denise by his side, the pair go to the prison but it quickly becomes too much for Jordan. However Lucas convinces him to stay and tells him he wants to get to know him. After leaving Jordan and Lucas alone, Denise returns and Jordan asks her to speak to the governor about a work scheme for Lucas. Uncomfortable, Denise refuses but back home Jordan convinces her otherwise.

Desperate to get money, Claudette suggests Vincent gives her money to rent a flat instead of building one. Vincent refuses her offer and later on, Kim tells her that someone – was looking for her. As the family sit down for dinner, Donna reveals wants to have a baby but is upset by Claudette’s unsupportive reaction and storms out. Vincent later confronts Claudette about Donna giving her an idea.

Mick suggests a family meal to help bring the Carters back together forcing Linda to turn to Donna for help. Later on, Linda arrives at Donna’s flat and makes Nancy an offer - but Nancy declines telling her they need to stop tip toeing around Lee. After the two open up, Nancy insists on staying with Donna but Linda reminds her she still works at The Vic. Following her run-in with Claudette, a fuming Donna returns giving Nancy food for thought. Over at The Vic, the dinner commences and Linda is relieved when Nancy arrives however Nancy hands in her notice. Elsewhere, Phil and Sharon talk about their relationship and Sharon is relieved it will all soon be over and they'll be divorced. 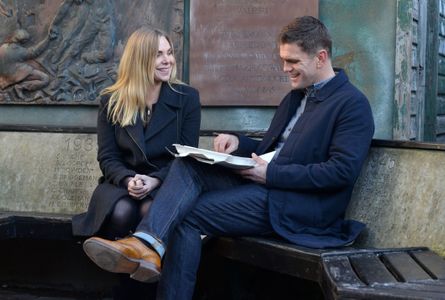