Eastenders 30/07 - Paul tells Les that Claudette must stay away

It's the day of the Cokers' centenary party but things are off to a bad start when Paul tells Les that Claudette must stay away. A displeased Les doesn't want to risk any problems so listens to his grandson and reluctantly tells Claudette not to come. Paul overhears the conversation and is grateful to Les and when Pam arrives dressed for the party, the family are united as ever.

At The Vic, the party takes a turn when Claudette arrives despite Les' instructions. Angry, Paul decides to confront her but she soon shuts him down and begins to party with Pam and Les. After Les gives an emotional speech about Pam, Paul finds himself struggling to enjoy the event and watches on as Les and Claudette have a laugh together. Pam notices her grandson’s odd behaviour and tries to get to the bottom of what's going on. Feeling guilty, Paul finally tells Pam he thinks Les and Claudette are having an affair.

Elsewhere, as one family is torn apart, another family struggles to rebuild their relationship. When one resident finds themselves being accused of the unthinkable, they quickly come to blows with another resident – but will their family support them? 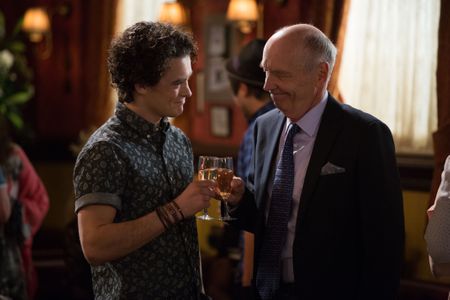