Jay asks Dexter if he plans to tell Abi what happened but he says finding the money is more important.

Peter is hurt when Lola tells him she sympathises with Gaz's mum and thinks he should have been honest with her.

Abi and Lola are fed up and want to go home but before they can the boys beg them to help find the money.

After Lola proves it wasn't her Cindy insists it was Kitty.

Dexter convinces them it can't have been and they form a plan to get the money off Bob - it must have been him.

The group works together to trick Bob and get him out of the car. The kids eventually pile back into it and bring it home.

Back in Walford Phil's had a tip off from Bob and is furious.

He makes Dexter speak to him privately and forces him to put his hand on the bonnet as he raises a spanner.

Dexter pleas with him to stop - will he listen?

Jean is elated when Ollie comes to find her and tells her he's been doing his research and thinks they could have a real future together.

However when Ollie appears unsettled by one of Jean's manic moments she breaks up with him leaving them both heartbroken.

Tara leaves Billy feeling dejected when she tells him she's leaving for Scotland, giving an unconvincing answer for her departure.

He confides in Kim about just how good the time with Tara made him feel and she understands why he doesn't share any of it with Lola. 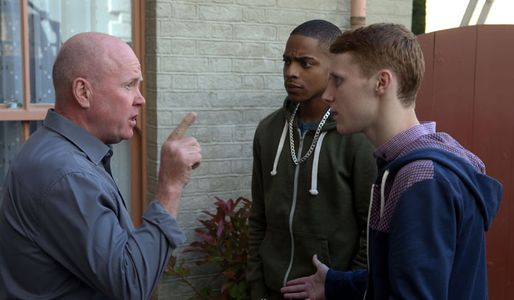