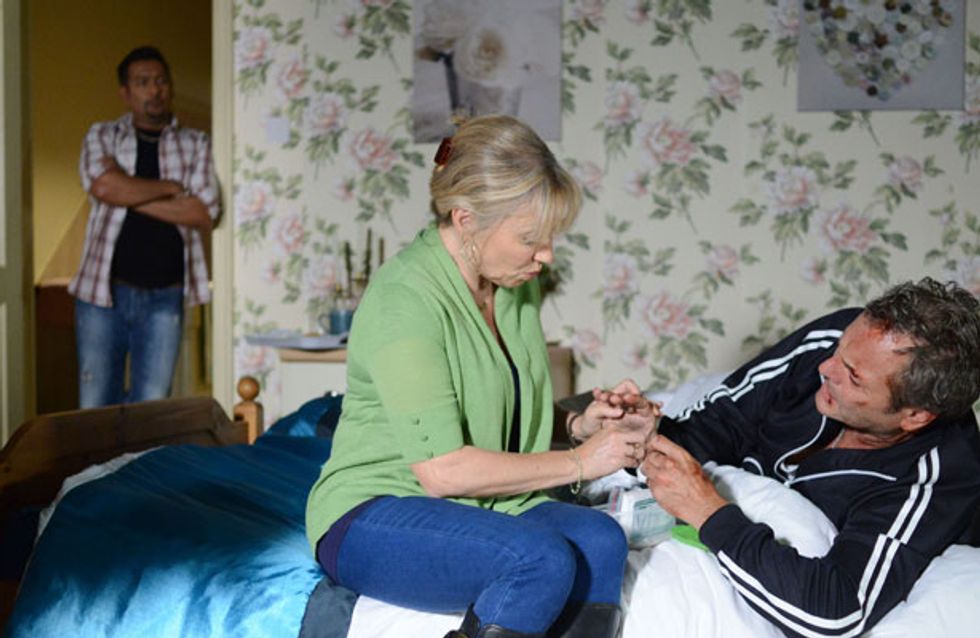 After David's left beaten and penniless Carol allows him to stay while he's recovering - much to Masood's irritation.

She insists no one tell Bianca as he'll be gone soon enough.

She and Masood argue over his staying after she rushes to his aid when he cuts himself - he's done it on purpose but it's clear there's still something between them.

When he and Masood are alone he reminds him of their history and Carol's habit of falling in love with him.

Tamwar and Alice are feeling very different after their night together - he's feeling loved up while Alice is worried they have no chemistry.

She's about to dump him when Poppy tells her to stop comparing him to Michael and work on it.

Dot is ready to call in quits with the church but after a fight with Sharon the two patch things up and she helps out with a fundraiser. 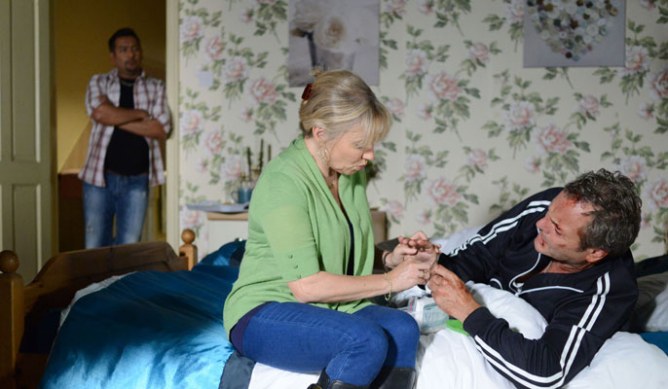