Ronnie worries when she catches Roxy creeping home after another all-nighter with Carl and finds cocaine in her bag. Taking matters into her own hands, Ronnie warns Carl to stay away and she tries to convince Roxy that Carl tried it on with her. The three have it out, but who will Roxy believe?

After a bumpy start Johnny and Whitney hit it off, making the Carter family proud that Johnny is a hit with ladies already.

Lucy tries to get her job back at Butcher’s Joints, but Billy insists he can manage on his own. Can he really though?
​
Peter reveals to Dexter that Cindy stole Phil’s money and, feeling bad for his friend, forces a scared Ian to give it back to a livid Phil.

The Carters’ decide to throw a New Year’s Eve party in The Vic and Mick bonds with the men of Walford. 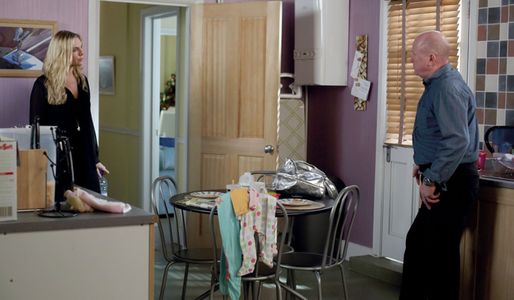