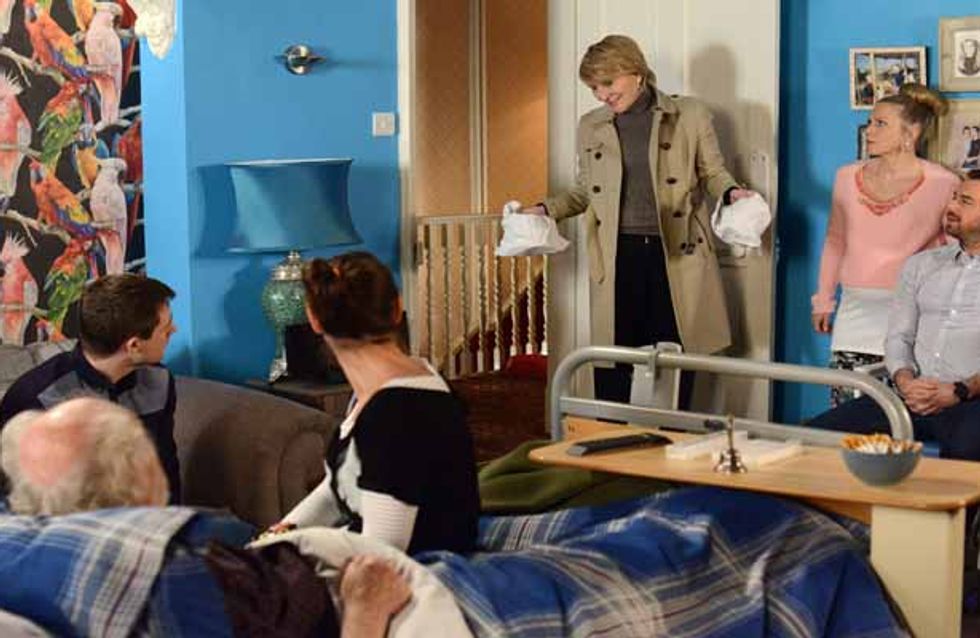 Phil continues with his plan to get the Arches back and a concerned Carol pleads with Max to end his feud with the Mitchells – what will Max decide? Later on, Phil is left reeling when and lets slip it was Ben who was responsible for losing it in the first place. Livid, Phil storms over to the Mitchells and drags Ben out of the house and into the car - what does he have planned?

The Carters pull together for Stan but Shirley grows concerned for her dad when he takes a turn for the worse and is rushed back to hospital. As the Carters face the reality of Stan’s fate Mick and Shirley are forced closer together whilst Cora struggles as history repeats itself.

Kat continues her mission of self-destruction following her discovery and alienates the family. Stacey does her best to support her but can she get through to her?

Over at the Beales, a stern Ian puts his foot down about Beth’s future but an upset Cindy continues to disagree and puts them in an impossible position – it’s her or Beth. 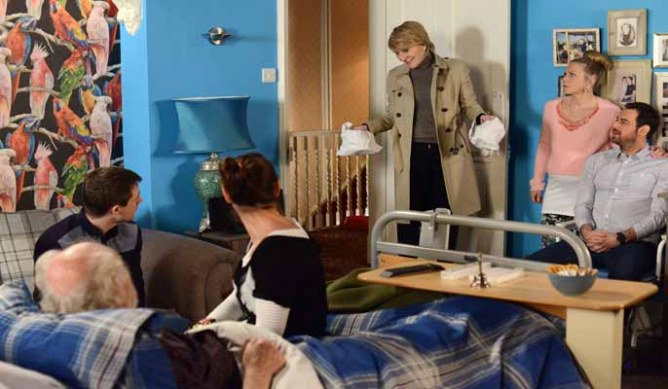