Ronnie makes it clear that she doesn’t care about Sharon’s threats. Phil tries to make the two women happy in vain, and Sharon takes Dennis to stay at Ian’s, not wanting him near Ronnie. Sharon confides in Ian without telling him the full story, and Ian advises Sharon goes to the police.

Phil doubts Ronnie’s transformation, but the pair obviously have mutual respect for each other. Roxy announced that she’s planning on moving out but what’s to know what’s going on between them. They get interrupted when a police car arrives.

Bianca and Sonia are in the midst of celebration when Carol and David return to break the news to the family.
​
Cindy invites Liam round but Ian unexpectedly returns. Ian sees him leaving and puts two and two together, proclaiming to the Butcher household that Liam got Cindy pregnant. 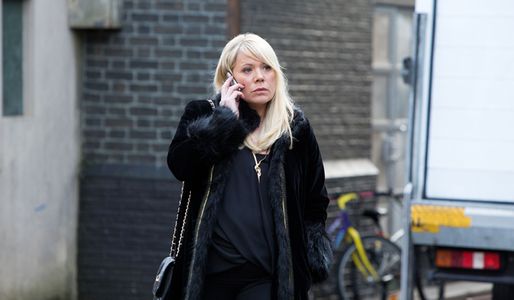 Eastenders 03/6 - Ronnie takes matters into her own hands

EastEnders 03/12 – Ronnie drops a bombshell on Kat and Alfie