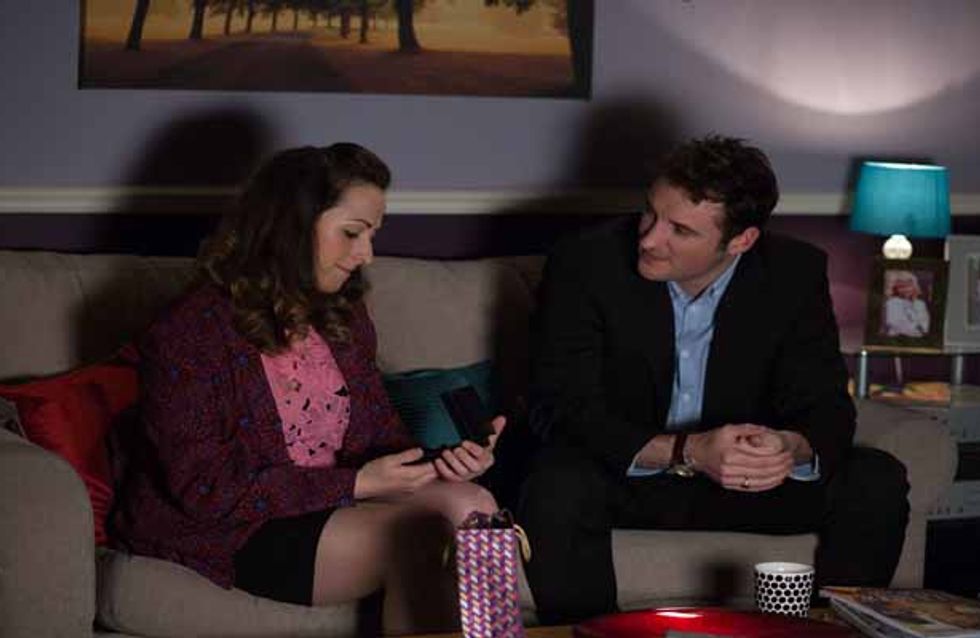 Kim faces her fears when she is confronted by her husband, Vincent. With Patrick and Denise by her side, Kim comes clean about what she saw.

Mick has doubts in his mind about accepting Babe’s money and after Whitney and Lee tell come clean about the money they found in Stan’s old chair, he comes to a decision.

It’s the night of Sonia and Tina’s birthday party and after seeing Bex upset; Sonia decides to invite Martin. During the meal, Tina makes a speech to an uncomfortable Sonia and things unsurprisingly takes a turn when a drunken Martin causes a scene. Sonia decides to follow him to Ian’s and after opening a present from her estranged husband, it isn’t long before the pair share a passionate kiss.

Elsewhere, Phil refuses to help Ronnie leading her to turn to Vincent for help. Even though the air sizzles with sexual tension, Vincent refuses to help using the excuse that he is now a father however he soon waivers when Ronnie reminds him about the gun.

Meanwhile, Kat is feeling optimistic about life but Alfie is alarmed when he opens a letter containing bad news for Kat. 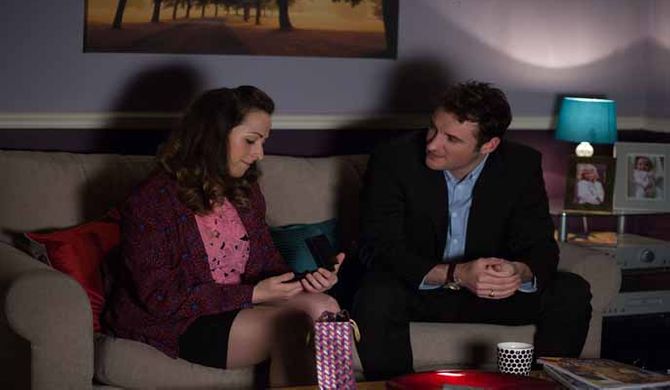