Jane and Ian reel from Cindy’s ultimatum but will they be able to stop her from taking drastic action?

Elsewhere, worried about his relationship, Les meets with Claudette and tells her it’s over but she warns him he won’t be able to just end things. Back home, Paul has a heart-to-heart with Pam but will he come clean about Claudette?

Ben gloats to Jay following his night in the Arches with Abi but it doesn’t take long for Jay to see through his act and warns him to stop searching for men or else he’ll tell Abi – what will Ben decide? 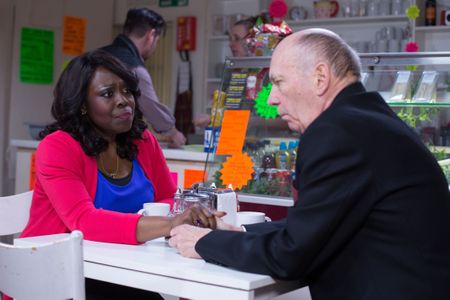