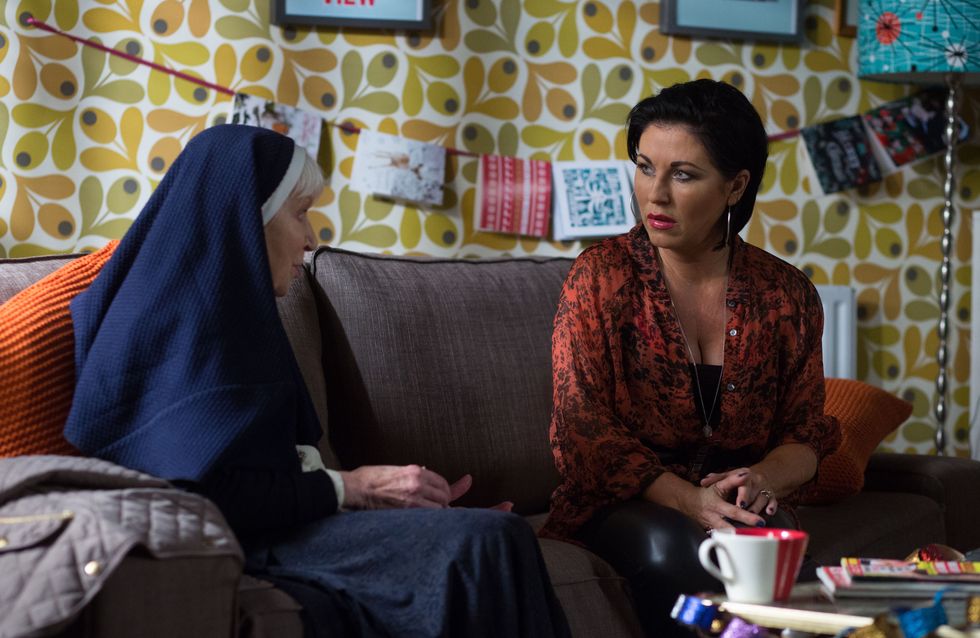 Stacey’s erratic behaviour increases and she is left overwhelmed by her discovery about who the man is and she finds herself confiding in Kat. As the pair talk, Kat decides to confess the truth about what happened in Spain with Zoe.

Sister Ruth arrives in Albert Square to see Kat and wanting Kat to know the truth she admits that Zoe was a twin, Kat also gave birth to a son but he was taken away. As Kat learns the harrowing truth she demands answers which Sister Ruth gives her as she urges her to find her son. However, Sister Ruth reveals that another family member also knows the truth but who?

When Stacey returns home, she overhears part of Kat and Sister Ruth’s conversation, and with the intensity of her psychosis increasing, it fuels her paranoia and she rushes out.