Shirley arrives at The Vic to meet Ronnie and Linda and she tells them that she has been to see Dean and that he is going to plead guilty today. As Shirley, Ronnie, Buster and Tina head to court, they are surprised to see Linda who asks to go with them. At court, Dean takes to the stand but Roxy is nowhere to be seen. However, Mick arrives and joins his wife. When the judge asks Dean for his plea, Shirley stares at her son pleading him to do the right thing – what will Dean plead?

Shabnam comes to a final decision about her future with Kush but what will she decide?

Lucas’s sister, Gloria, arrives to see Denise despite Kim and Patrick’s reluctance. Gloria tells them all about Jordan’s bad behaviour but Denise is adamant that someone needs to help him and she urges Gloria to see if she can track him down. Not happy at the prospect, Patrick quietly tells Gloria to call him if she finds out anything as he does not trust Lucas or his son. 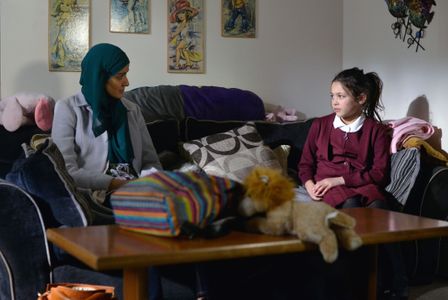