Ian accuses Liam of getting Cindy pregnant, initiating a huge argument with the Butcher family. However, it is soon made clear that TJ is the father, not Liam. Liam goes for TJ and the boys have to be pulled apart.

Terry is gutted that TJ didn’t confide in him. Nothing that TJ and David are obviously very close, Terry thinks David knew all along. He decides to leave and Bianca tries to follow him but David doesn’t let her leave the house. With perfect timing, Carol blurts out that the cancer gene is genetic to Bianca and Sonia.

A trapped Ronnie confesses to Roxy that she killed Carl, leaving Roxy shell-shocked. 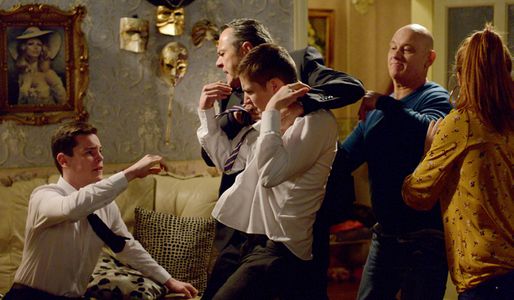