One couple’s lives are about to change forever when they win one million pounds in the lottery – but who will be the lucky couple?

Gearing up to tell Kat about the letter, Alfie decides to take her into London for a special treat before he breaks the news to her. After reminiscing about the past, Alfie surprises Kat with a visit to a posh restaurant she has always wanted to go to. Outside, Kat reveals to Alfie that she wants to give their relationship another chance and although it’s clear Alfie cares for Kat, he doesn’t think they’re ready.

Elsewhere, it’s an awkward day for Sonia as she pleads with Martin to keep the fact they slept together a secret – it was a drunken mistake. Over at the Beales, the visit from the social worker about adopting Beth goes without a hitch until an embarrassing situation occurs.

Tina continues to find herself torn between the two Carter camps and goes to The Vic with Shirley to try and make peace. However they don’t get the reaction they were expecting when Mick reveals he wants to buy Shirley out of the pub and hands over an initial cash down payment.

Over the Square, Kim and Vincent talk and make a decision about their relationship. 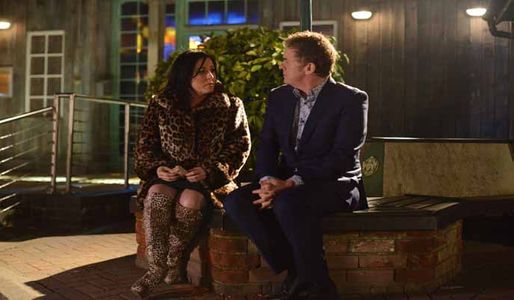