As the residents continue to celebrate in the Square, Kathy heads home to look for Jane but she is stunned when Bobby tells her that Jane is hurt. Kathy finds Jane lying at the bottom of the stairs but as Jane comes round she covers for Bobby by telling Kathy she tripped. Despite being in pain, Jane pushes forward and goes to The Vic for drinks with Kathy, Sharon, Linda and Elaine. As the group reminisce, Kathy suggests they hold a Victorian themed day on the market but things go downhill when Ben arrives and tells Sharon he thinks Phil has bought more alcohol. Sharon tells Ben she knows what she’s doing but when Kathy hits a nerve, the pair come to blows. In the toilets, Kathy is touched by Jane’s support and they head to The Albert for a drink. At home, Kathy is stunned when Bobby reveals he pushed Jane down the stairs.

Back at the Mitchells’, Sharon asks Phil if he bought more alcohol but Phil assures Sharon he didn’t. At The Vic, Dot is left unimpressed with Elaine’s ideas for the Community Christmas show and asks Ian to hold a vote – would the residents prefer Elaine’s glitzy idea or Dot’s Nativity play? Dot’s idea wins leaving Elaine once again planning Mick and Linda’s wedding.

Elsewhere, a torn Kim calls Denise for help but after answering her call, Patrick turns up to check Kim is okay. Kim insists everything is fine and after Patrick leaves, she confronts Vincent and demands the truth as to why he has drugs Vincent begins to explain but Kim can see through his lies forcing Vincent to come clean. As Vincent explains everything, the story doesn’t stack up for Kim but then Claudette arrives and panics that Kim knows the truth confirming that Vincent isn’t lying. However, Kim is still unsure what to do about the drugs and she quickly leaves. Kim turns to Denise for help but as she’s about to open up, she sees Claudette who convinces her to stay quiet. Back home, Kim tells Vincent he needs to end this sooner rather than later. 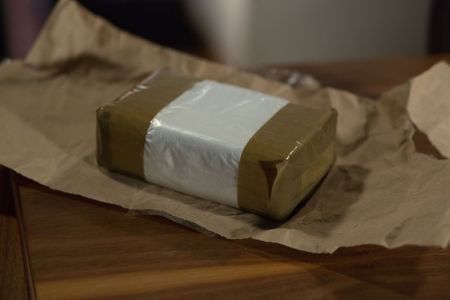